Rising Sun Mayor Brent Bascom is proclaiming March 29, 2018 as Vietnam Veterans Day.  Please click on this link for the complete proclamation honoring our local Vietnam Veterans who were lost during the war and honoring all those who served.

There are many great support organizations for Vietnam Veterans.  One in particular is Vietnam Veterans Of America.  According to its website, VVA’s goals are to promote and support the full range of issues important to Vietnam veterans, to create a new identity for this generation of veterans, and to change public perception of Vietnam veterans. VVA strives to achieve the following:

For more information about Vietnam Veterans Of America, please visit their website at vva.org.

Courtesy of CNN, here are some fast facts about the Vietnam War:

Causes of Vietnam War:
1883-1945 - Cochin-China, southern Vietnam, and Annam and Tonkin, central and northern Vietnam, along with Cambodia and Laos make up colonial empire French Indochina.
1946 - Communists in the north begin fighting France for control of the country.
1949 – France establishes the State of Vietnam in the southern half of the country
1951 - Ho Chi Minh becomes leader of Dang Lao Dong Vietnam, the Vietnam Worker’s Party, in the north.
North Vietnam was communist. South Vietnam was not. North Vietnamese Communists and South Vietnamese Communist rebels, known as the Viet Cong, wanted to overthrow the South Vietnamese government and re-unite the country. 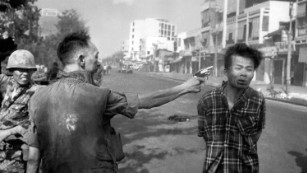 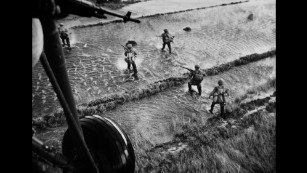 Other Facts:
1954 - North Vietnamese begin helping South Vietnamese rebels fight South Vietnamese troops, thus BEGINS the Vietnam conflict.
April 30, 1975 - South Vietnam surrenders to North Vietnam as North Vietnamese troops enter Saigon, ENDING the Vietnam conflict.
The war was estimated to cost about $200 billion.
Anti-war opinion increased in the US from the mid-1960s on, with rallies, teach-ins, and other forms of demonstration.
North Vietnamese guerrilla forces used the Ho Chi Minh Trail, a network of jungle paths and mountain trails, to send supplies and troops into South Vietnam.
The bombing of North Vietnam surpassed the total tonnage of bombs dropped on Germany, Italy, and Japan in World War II.
Today, Vietnam is a communist state.
US Troop Statistics:
Source: Dept. of Defense
8,744,000 – Total number of US Troops that served worldwide during Vietnam
3,403,000 served in Southeast Asia
2,594,000 served in South Vietnam
The total of American servicemen listed as POW/MIA at the end of the war was 2,646. As of April 24, 2017, 1,611 soldiers remain unaccounted for.
US Deaths:
Battle: 47,434
Non-Battle: 10,786
Total In-Theatre: 58,220
1.3 million – Total military deaths for all countries involved
1 million – Total civilian deaths
Timeline:
September 2, 1945 – Vietnam declares independence from France. Neither France nor the US recognizes this claim. President Harry S. Truman aids France with military equipment to fight the rebels known as Viet Minh.
May 1954 - The Battle of Dien Bien Phu results in serious defeat for the French and peace talks in Geneva. The Geneva Accords end the French Indochina War.
July 21, 1954 - Vietnam signs the Geneva Accords and divides into two countries at the 17th parallel, the Communist-led north and US-supported south.
1957-1963 - North Vietnam and the Viet Cong fight South Vietnamese troops. Hoping to stop the spread of communism in Southeast Asia, the US sends more aid and military advisors to help the South Vietnamese government. The number of US military advisors in Vietnam grows from 900 in 1960 to 11,000 in 1962.
1964-1969 - By 1964, the Viet Cong, the Communist guerrilla force, has 35,000 troops in South Vietnam. The US sends more and more troops to fight the Viet Cong and North Vietnamese, with the number of US troops in Vietnam peaking at 543,000 in April 1969. Anti-war sentiment in the US grows stronger as the troop numbers increase.
August 2, 1964 - Gulf of Tonkin – The North Vietnamese fire on a US destroyer anchored in the Gulf of Tonkin. After President Lyndon Johnson falsely claims that there had been a second attack on the destroyer, Congress passes the Gulf of Tonkin resolution, which authorizes full-scale US intervention in the Vietnam War. Johnson orders the bombing of North Vietnam in retaliation for the Tonkin attack.
August 5, 1964 – President Johnson asks Congress for the power to go to war against the North Vietnamese and the Communists for violating the Geneva Accords against South Vietnam and Laos. The request is granted August 7, 1964, in a Congressional joint resolution.
January 30, 1968 - Tet Offensive – The North Vietnamese launch a massive surprise attack during the festival of the Vietnamese New Year, called Tet. The attack hits 36 major cities and towns in South Vietnam. Both sides suffer heavy casualties, but the offensive demonstrates that the war will not end soon or easily. American public opinion against the war increases, and the US begins to reduce the number of troops in Vietnam.
March 16, 1968 - My Lai Massacre – About 400 women, children and elderly men are massacred by US forces in the village of My Lai in South Vietnam. Lieutenant William L. Calley Jr. is later court-martialed for leading the raid and sentenced to life in prison for his role but is released in 1974 when a federal court overturns the conviction. Calley is the only soldier ever convicted in connection with the event.
April 1970 - Invasion of Cambodia – President Richard Nixon orders US and South Vietnamese troops to invade border areas in Cambodia and destroy supply centers set up by the North Vietnamese. The invasion sparks more anti-war protests, and on June 3, 1970, Nixon announces the completion of troop withdrawal.
May 4, 1970 – National Guard units fire into a group of demonstrators at Kent State University in Ohio. The shots kill four students and wound nine others. Anti-war demonstrations and riots occur on hundreds of other campuses throughout May.
February 8, 1971 – Invasion of Laos – Under orders from President Nixon, US and South Vietnamese ground troops, with the support of B-52 bombers, invade southern Laos in an effort to stop the North Vietnamese supply routes through Laos into South Vietnam. This action is done without consent of Congress and causes more anti-war protests in the US.
January 27, 1973 - A cease-fire is arranged after peace talks.
March 29, 1973 - The last American ground troops leave. Fighting begins again between North and South Vietnam, but the US does not return.
April 30, 1975 - South Vietnam surrenders to North Vietnam as North Vietnamese troops enter Saigon, now called Ho Chi Minh City.
May 25, 2012 - President Barack Obama signs a proclamation that puts into effect the “Commemoration of the 50th Anniversary of the Vietnam War” that will continue until November 11, 2025. Over the next 13 years, the program will “honor and give thanks to a generation of proud Americans who saw our country through one of the most challenging missions we have ever faced.”
➡ Back to all news